How it started was thebendythedemon making a Baldi obby in a minion admin game. She built a Baldi which was the old baldi you see in the thumbnail, and then the rest became history.

Baldi will follow the closest player he sees, making him a threat once seen.

She heals you by hugging, which is useful if you get punched once by the guard. If you manage to cut her rope, she will be sad, but still heal you. She turns into a threat in Final School, having a fat look. She will teleport you to her stomach upon interaction.

Barney is the guard for the game. He is a big threat because he punches you and your health goes down. He can be killed by the Crowbar.

This character is a reference to Barney, the name of the security guard model in Half-Life.

He is the same as the ryanso principal. He will give you detention for no reason when he sees you.

He is the same as It's a Wizard. He only takes quarters due to his "quarter collection".

He trips you upon interaction and pushes you. When trips and push you in interaction, he could be annoying, but he isn't really annoying. If you‘re lucky enough, he pushes the npcs to you. You'll need to run away fast enough to get the npcs pushed into the wall, making you have a chance to run away.

He trips you upon interaction.

Only seen in Final School. Will teleport the player to the entrance upon interaction.

Found in his office. He will appear as a threat in Final School. He will stun the player upon interaction.

Appears as a major character in the G-Man ending. If you wait a while in the tram, he will send you to the void.

This character is a reference to the Half-Life character, G-Man.

Only appears in the Farm. He acts the same as Let's Drum.

Walter is a scientist that is a reference to the game half-life (Like barney and G-man.)

Walter heals you (about 30+ health) with a syringe and also saying "I can give you something for the pain."

He would've wander around the school and sang.

In order to get this badge, you must go to the left corner where the elevator is. You might see a fake wall. Walk into it to Filename2's office and you will get the badge. Note that characters may still get you here.

Because of the golden items being OP, owner thebendythedemon has told people not to make the badge easy to find. Here is a tip: It's near the Filename2 badge.

To get this badge, find the Faculty Room and take the watch to the final school. If you insert the watch into the door, you'll get teleported to G-man's area. You originally were going to turn into a morph when getting the badge.

To get this badge you must do what ya did for the other G-man badge but then wait for a certian ammount of time and then G-man will kick you out of the train into space where you will die and get the badge.

when he kicks you out he says "Well I guess we wont be working together, No regrets Mr Freeman."

You can click on them to open/close them. Usable for "hiding".

They contain a Dangerous Teleporter.

You need a quarter to operate the machine. Once you insert the quarter, go inside of the machine to get the BSODA. 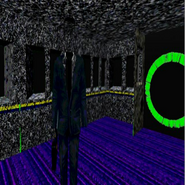 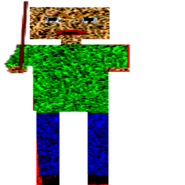 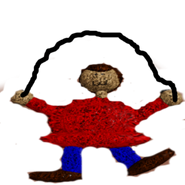 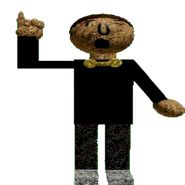 Old Old Principal
Add a photo to this gallery
Retrieved from "https://baldis-basics-roblox.fandom.com/wiki/Old_Old_Baldi%27s_Basics?oldid=15324"
Community content is available under CC-BY-SA unless otherwise noted.